What are the common factors behind pet ear diseases and how do you treat the problem? 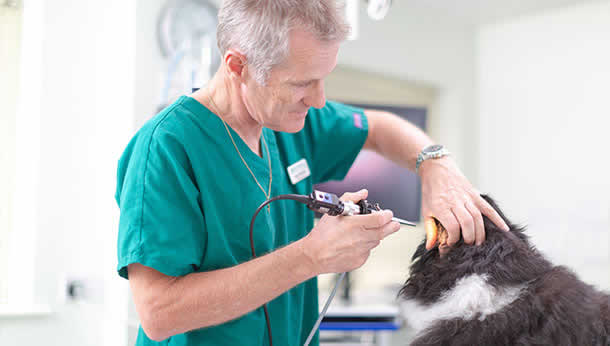 The ear canals are an extension of the skin and are often affected when there is a generalised skin disease, but in several cases, the ears are the only part of the skin affected.

Inflammation of the external ear canal is referred to as otitis externa and requires specialist treatment to resolve the problem and ensure that it doesn’t reoccur.  Ear infections and ear inflammation  can be very uncomfortable for your pet and can often be very painful.  Many cases are recurrent and if l not dealt with correctly, the ear canal can develop  pathological changes that can become permanent,  making medical treatment much more difficult  and increasing the likelihood that expensive surgery may be necessary to relieve the pain and discomfort in this very sensitive area of the skin.

What are the primary causes of dog and cat ear infections and diseases?

Ear mites and scabies mites are common causes of ear irritation and  infections as are allergic skin diseases such as atopy and food allergies.    In fact, allergy is the primary cause of otitis externa in dogs in approximately  70% of cases.

Ear mites are the most common cause of otitis in cats, which otherwise suffer with the condition rarely. In fact most of the cases of feline ear disease I see are cases of otitis media, often as a results of nasopharyngeal polyps which can grown from the nasoparynx or eustachian tube, into the middle ear, through the ear drum and into the external ear canal.

How do we treat pet ear infections and diseases? 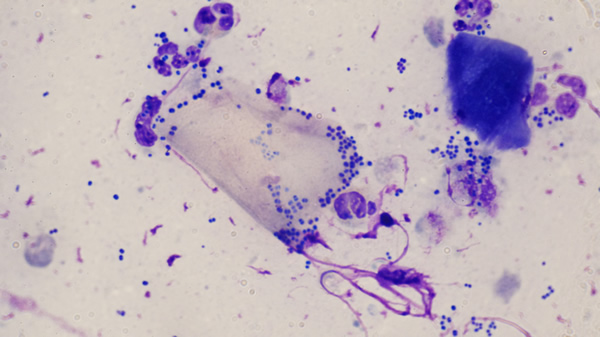 When presented with a case of otitis, we take samples from the affected ear to examine under a microscope.

This is a very important part of the consultation as it allows us to identify the parasites and microorganisms that are present and gain definitive numbers. 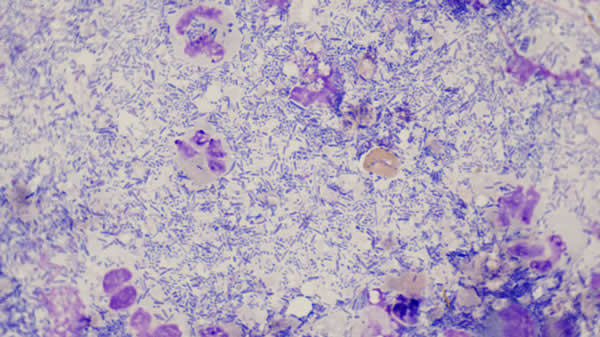 If we cannot visualise the ear drum after cleaning the ear canal in the consulting room, we will advise either sedation or general anaesthesia to clean it.  This is important for a couple of reasons.

The first being that all licensed veterinary ear drops are contra-indicated if the ear drum is ruptured, because they can occasionally cause permanent deafness and can also affect the animal’s balance. 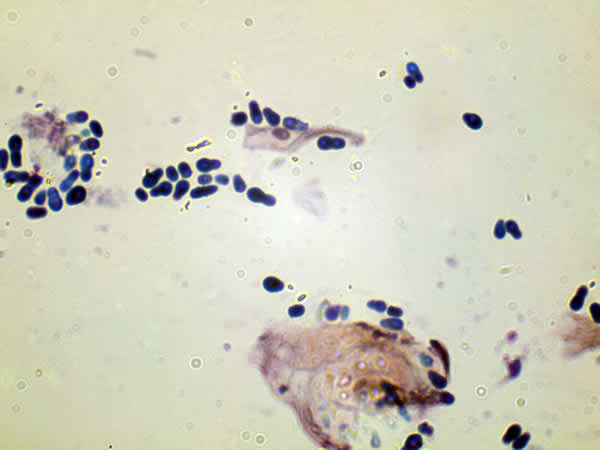 Another being that failure to remove debris from the bottom of the ear canal can prevent successful resolution of the otitis. We often  use a Storz Video Otoscope to clean your pet’s ears while they are under anaesthetic.

The ear canal is so sensitive that general anesthesia is usually required for video otoscopy as even under heavy sedation the patient can feel the procedure making it very difficult to carry out  and also risking damaging vital structures. 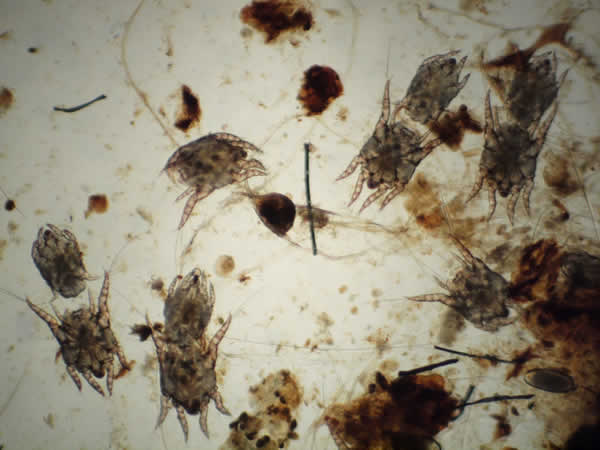 This instrument allows us to see the ear canal in great detail and examine the ear drum for evidence of perforation.

A channel in the otoscope allows us to pass down either grasping forceps to remove debris and foreign bodies, biopsy forceps to take biopsies of lesions and suspected tumours, or flushing tubes and flexible curettes to clean the horizontal canal, remove adherent material from the surface of the ear drum,  or to flush the the middle ear safely if the ear drum is ruptured.

If an ear condition is impossible to resolve by medical means and Video Otoscopy, we do offer surgery, including Total Ear Canal Ablation (TECA).

David has performed nearly 300 TECAs over the last 28 years and this has greatly improved the quality of life of the patients which have received this surgical procedure. 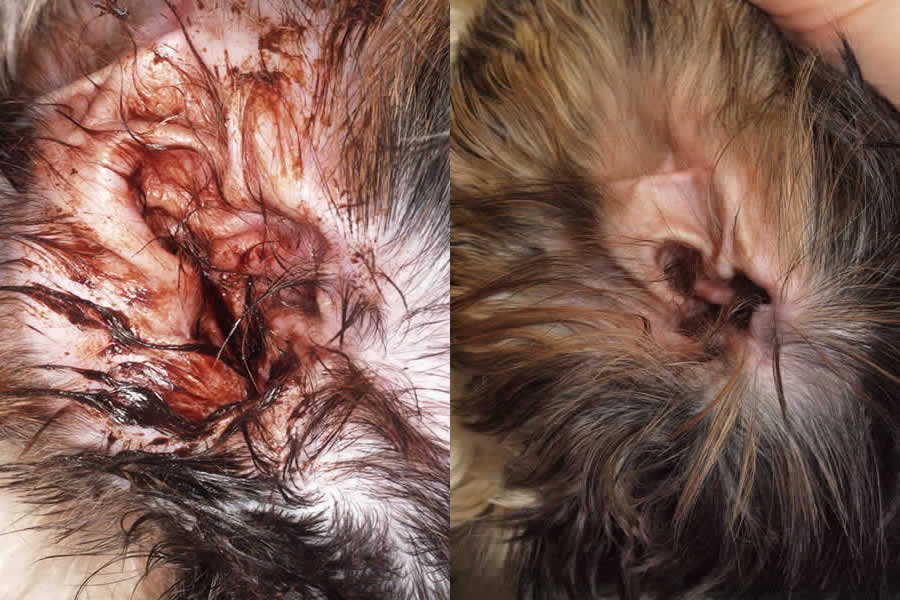 Pseudomonas Otitis Before And After Treatment

What are the predisposing factors of pet ear infections and diseases?

Predisposing factors are those which do not directly cause otitis, but make it easier to develop. The common predisposing factors include excessively waxy ears, hairy ear canals and conformational features such as ears that hang loosely as opposed to ears that stand erect. This can cause  increased humidity in the ear canal and excessive moisture in the ear canals after swimming. In certain breeds such as Sharpies, the ear canal is naturally very narrow with a tight ear flap which increases humidity and prevents natural clearing of wax. This type of breed is also more likely to be affected with the primary cause of otitis – atopy.   French Bulldogs and English Bulldogs not only are prone to atopy, but they can also suffer with narrow, slit-like, horizontal ear canals which can lead to entrapment of waxy debris and hairs, predisposing  to infection.

What are the perpetuating factors of canine and feline ear infections?

Bacterial and yeast infections as well as pathological changes induced by the otitis are common perpetuating factors if not dealt with adequately. Two overlooked perpetuating causes are the failure to clear the horizontal ear canal of debris adequately and the development of middle ear disease, otitis media. This is where the the use of a video otoscope really helps.  We have seen many cases over the years where the recurrent otitis has been caused mainly be the fact that the horizontal ear canal has not been cleared fully of debris or a film of adherent debris has developed on the surface of  the ear drum, preventing the proper “self cleaning” mechanism of the ear called “epithelial migration” from working.  Video otoscopy allows us to safely remove adherent debris from the ear drum and safely flush the middle ear in cases of otitis media.  Video otoscopy is also the only safe tool for removing  hard concretions of wax called ceruminoliths from the ear canal. 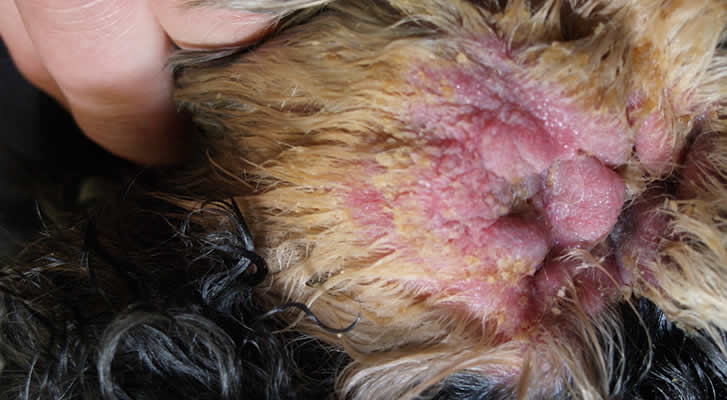 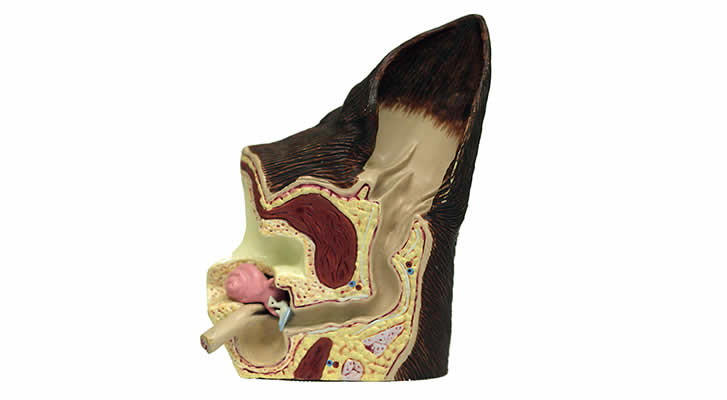 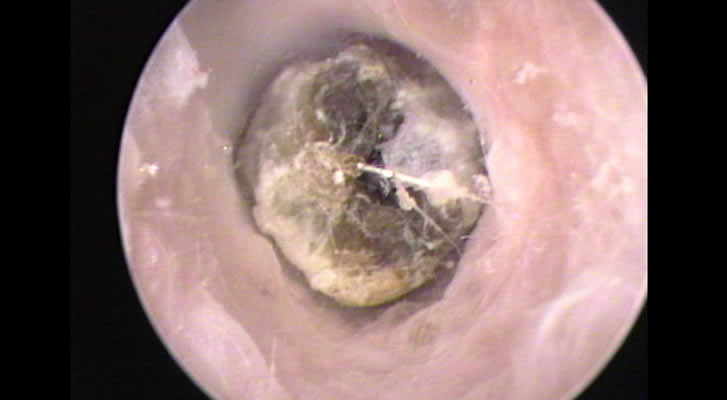 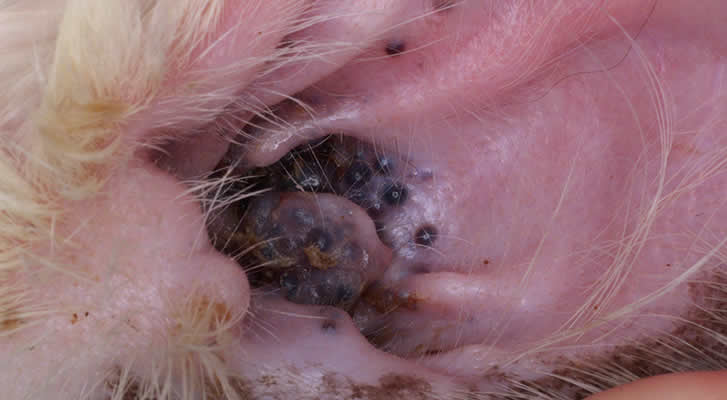 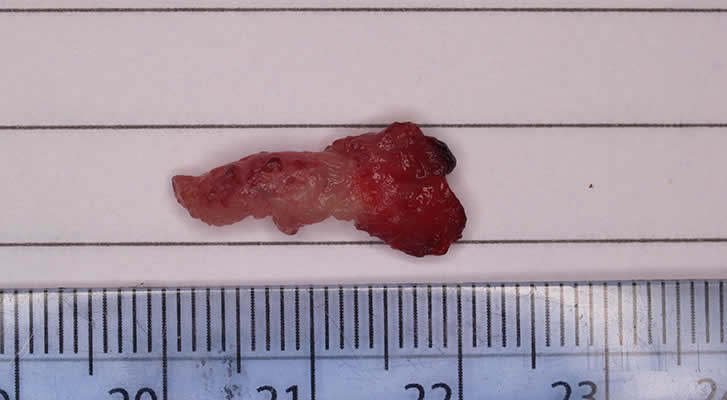 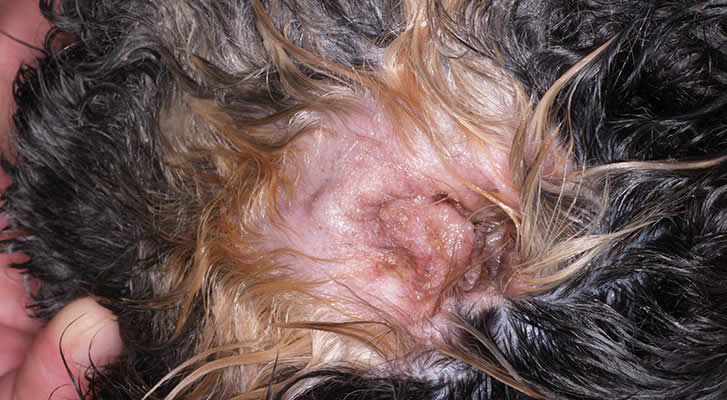 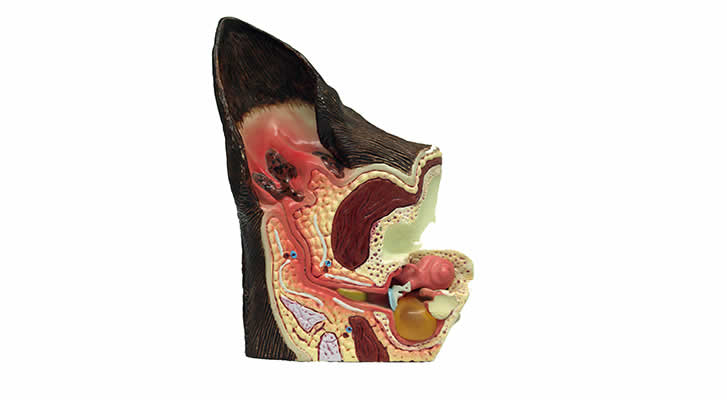 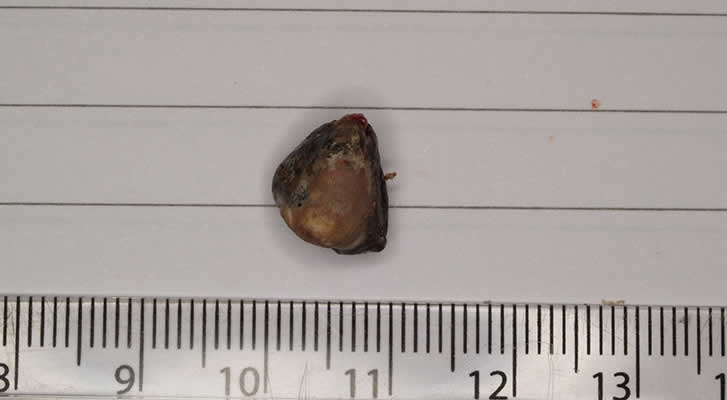 Ceruminolith after removal from canal 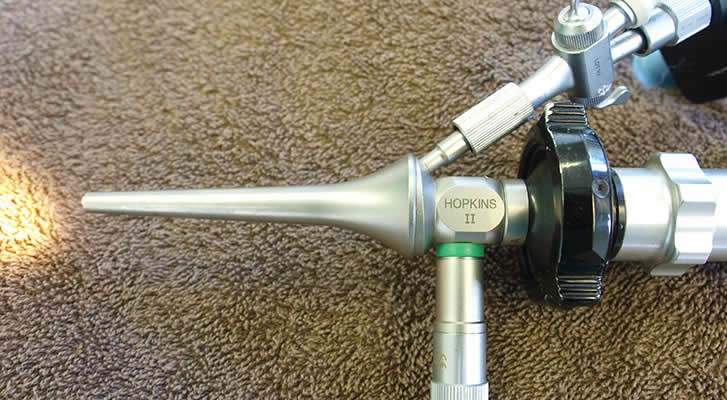 At the Dermvet Skin & Ear Clinic, we have a particular interest in dog and cat ear disease. We use all the tools and knowledge at our disposal to try and save cases of chronic ear infections from requiring surgery.  However, if a case is beyond medical therapy, David is the only veterinary dermatologist in the midlands to offer ear surgery, such as Total Ear Canal Ablation, on site.  If you’ve noticed skin or ear problems in your pet, it’s vital that you contact a veterinary skin and ear expert before symptoms worsen. To book an appointment, simply call us on 0116 326 0402 or email us on enquiries@dermvet.co.uk.