Hair and Saliva Tests Fail to Identify Allergies in Dogs

Occasionally, when I see second opinion cases of presumed allergic dermatitis, the owner tells me that they have found out what their dog is allergic to as they had sent a sample of its hair or saliva to a laboratory, for a tidy fee, and have been told that their pet is allergic to x, y z! 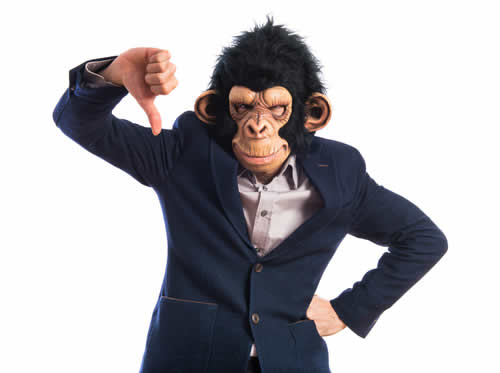 I always tell them that this method of testing is a complete waste of time and money and when making a diagnosis of allergy, the history must be consistent and all other causes of itching  and dermatitis must be ruled out first (e.g. parasites, bacterial and fungal infections), food allergy ruled in or out  by  response to an elimination diet and provocative testing with single ingredient food challenges and a diagnosis of atopy made if all those things have been ruled out.

The purpose of allergy testing in cases of atopy is merely to choose what allergens to include when trying Allergen Specific Immunotherapy as a way of trying to control the condition or, if possible, to try allergen avoidance.  This is done by detecting allergen-specific IgE (allergic antibody)  in the skin  either by intradermal skin testing or in the blood by serological allergy testing.

In the February 2019 edition of the Journal of Small Animal Practice there is a very interesting paper that scientifically proves that that these hair tests and saliva tests are a waste of time and should NOT be used to diagnose allergies.

The authors of this paper took samples of fur and saliva from a known allergic dog which was suffering with food allergy and atopy, diagnosed by response to an elimination food trial and resultant responses to single ingredient food challenges and also from reactions to environmental allergens on intradermal skin testing.

Samples were also taken from a normal, non-allergic dog. In addition, five fake fur samples from the ear of an animal costume and cotton swabs saturated in tap water were sent to the same laboratory.

For each submission the laboratory provided results for 128 different potential allergens (117 dietary and 11 environmental) in a list format, identifying each of the tested substances as either “Good” , not a problem, “Neutral”  or “Bad”, things the pet should avoid.  The results of all these tests were that there was no difference between the amount of “Good” “Neutral” or “Bad” in the healthy, allergic or fake dogs!  Both dogs (hair and saliva samples) and toy animal (fake fur and water samples) had 26 to 27% of the allergens listed as “bad”, 27-28% listed as “good” and 45-46% listed as “neutral”.

Not only were there no differences across the range, between theses 3 types of sample, but the second batch of tests requested a few weeks later were not 100% reproducible. Of the 1664 individual pairs of results 1063 pairs agreed whilst 601 pairs did not agree.

The most hilarious part of this study is that this laboratory came back with very similar results of both the allergic and non-allergic dogs when plain water and fake fur was “analysed”!

The message is clear.  Don’t believe the hype!  Don’t waste your money.  If you think your pet is suffering with allergic skin disease, go and see a veterinary dermatologist.

At the Dermvet Skin and Ear Clinic we offer both Intradermal Skin Testing and Serological Allergy testing and will only advise them after we have ruled out other causes of the animal’s dermatitis and itching.

You can read the abstract of this paper at www.ncbi.nlm.nih.gov/pubmed

If you’ve noticed skin or ear problems in your pet, it’s vital that you contact specialised veterinary professionals before symptoms worsen. To book an appointment with our Veterinary Dermatologist, simply call us below or email us on enquiries@dermvet.co.uk